On its 125th birthday, what’s left from the 1893 World’s Columbian Exposition?

Share All sharing options for: On its 125th birthday, what’s left from the 1893 World’s Columbian Exposition?

The 1893 World’s Columbian Exposition — the World’s Fair that gave Chicago one of the stars on the city flag — kicked off 125 years ago Tuesday, on May 1 that year.

Not much remains of the World’s Fair’s “White City” and expo grounds, which stood where Jackson Park and the Midway Plaisance are today. But remnants of the fair can be seen today in the neighborhood and elsewhere in the Chicago area. 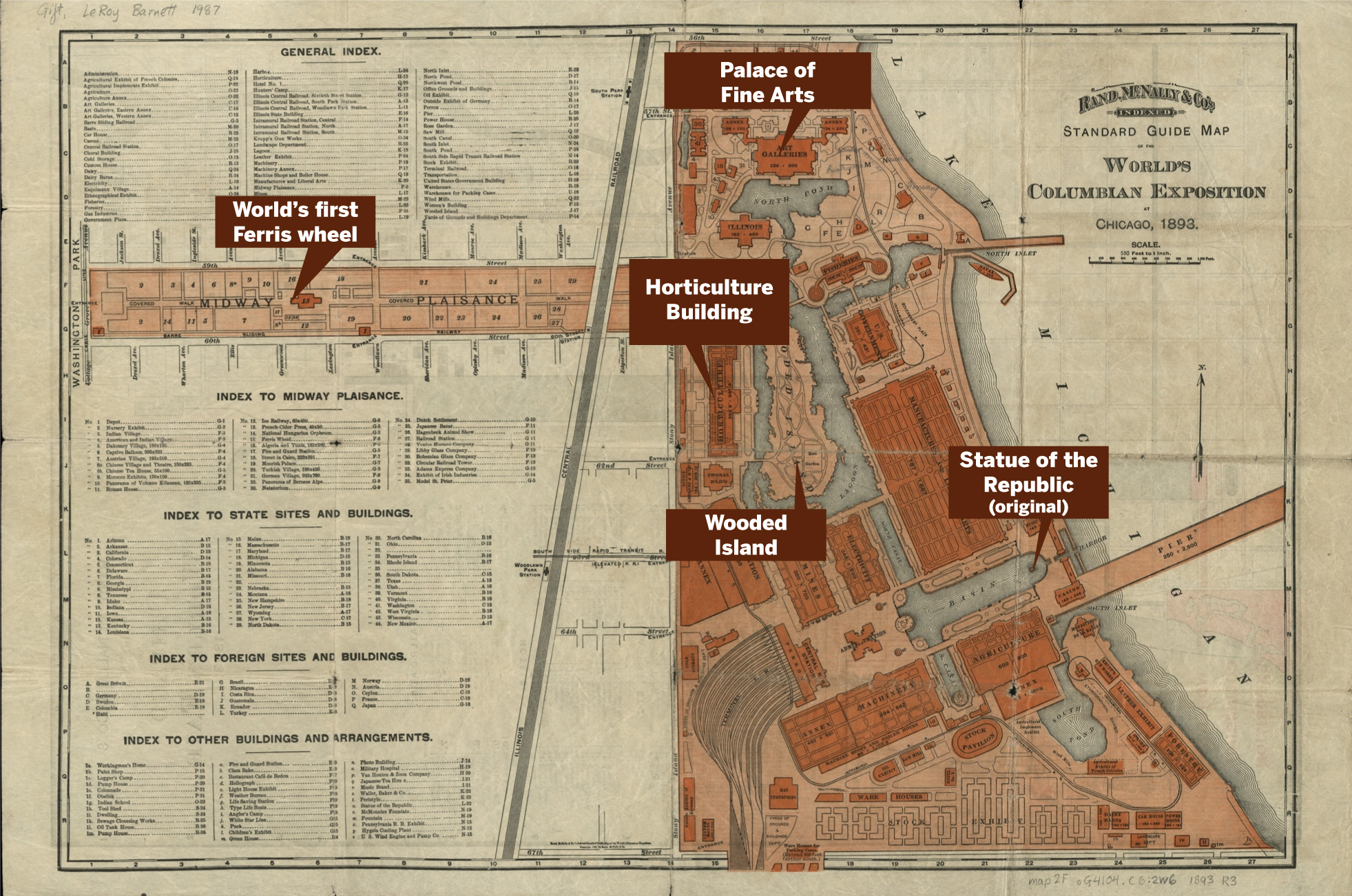 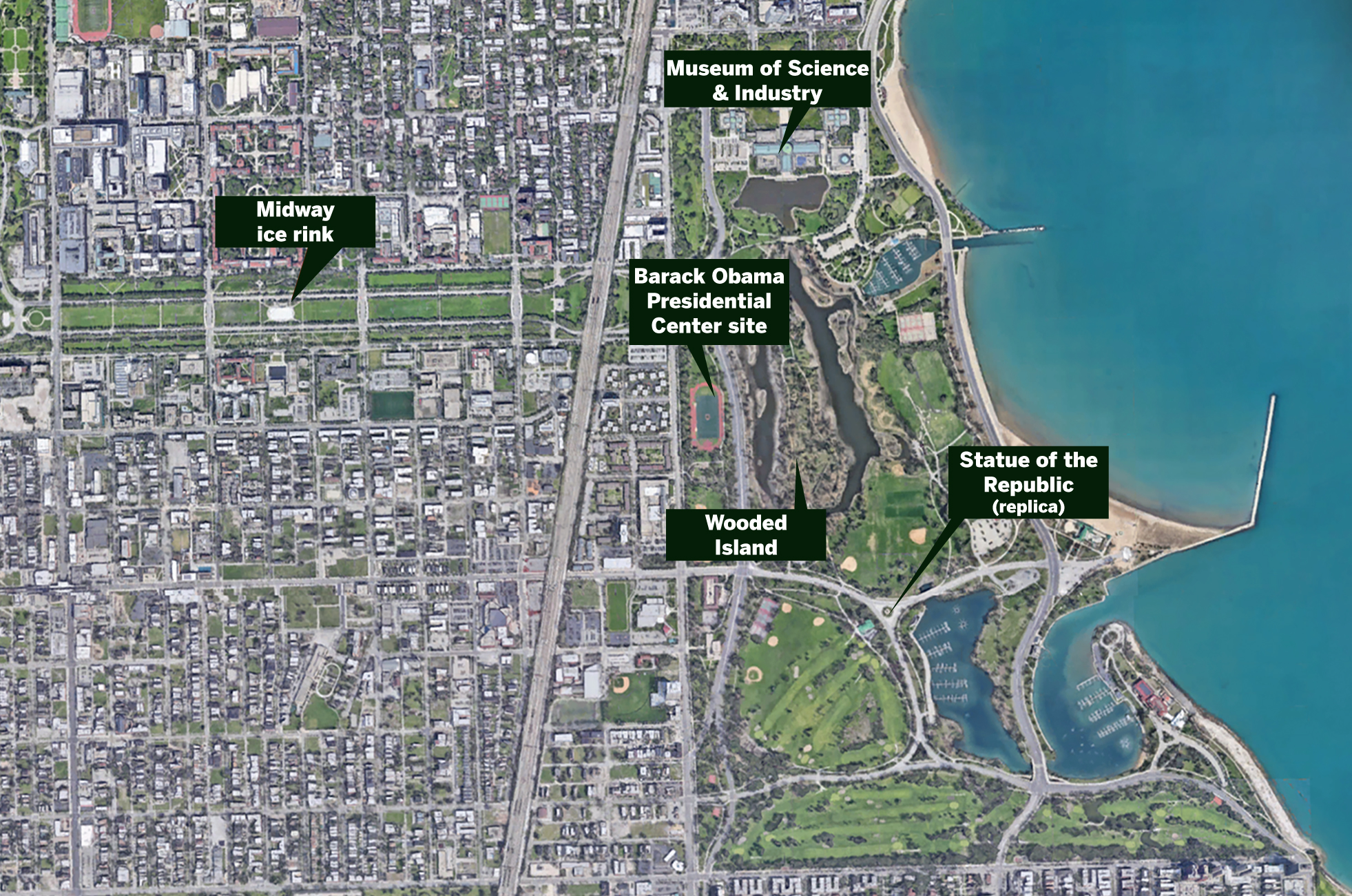 Here are some of the vestiges of the event that drew an estimated 27.3 million people to the city.

While the other major buildings of the White City were torn down, this Beaux Arts domed building still stands. Today, it’s home to the Museum of Science and Industry at 5700 S. Lake Shore Dr.

Famed landscape architect Frederick Law Olmstead designed this island in the center of the fair. It was intended to offer a quiet alternative to the crowds in the buildings around it. After the fair closed, the island became overgrown even as Jackson Park sprung up around it. In recent decades, the city has worked to clean up the island, completing an $8.1 million restoration in 2015.

Otherwise overshadowed by massive and ornate exhibition halls, a tiny ticket booth from the World’s Fair was saved in the early 20th century by Nathan Moore, who moved it to what’s today known as the Hills-DeCaro House at 313 Forest Ave. in Oak Park to be used as a children’s playhouse. It still sits in the yard of the privately owned Frank Lloyd Wright-designed home.

Statue of the Republic

The original 65-foot-tall sculpture that served as a symbol of the fair no longer remains, but there’s a 24-foot-tall bronze replica at Hayes and Richards drives in Jackson Park.

Other sites of note

Another site synonymous with the 1893 World’s Fair — even though it wasn’t a part of it — was the H.H. Holmes “Murder Castle,” the site of nine known murders. The Englewood building no longer stands. A post office sits in its place at 611 W. 63rd St.

The 39-year-old woman and the boy were exiting the expressway in the 100 block of East 59th Street when someone inside a dark-colored Audi fired shots.

Sheriff’s office: At least 3 killed in Amtrak derailment on line from Chicago to Seattle

The Empire Builder train derailed at 4 p.m. Saturday near Joplin, a town of about 200, Amtrak spokesman Jason Abrams said in a statement.

The White Sox say they’re trying to maintain an edge heading into the postseason, but they weren’t that convincing in a loss to the Indians Saturday.

The Cubs’ 8-5 loss was decided by late-inning baserunning, good and bad.

After flaming out with the Panthers, Borgstrom — the 24-year-old former top prospect — must round out his game to succeed with the Hawks.